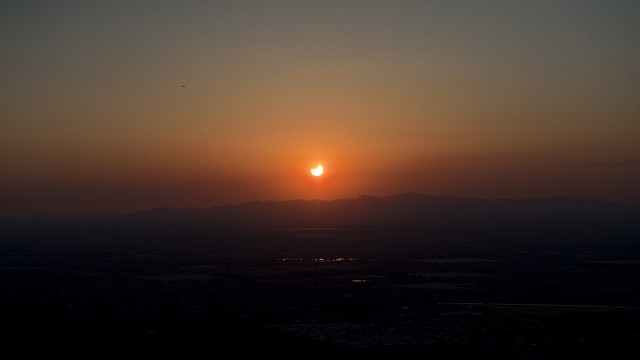 On record, the last visible solar eclipse in the United States was 18 years ago. It just so happened, that the stars somehow magically aligned this year (pun intended), and a solar eclipse was going to occur right before sunset on May 20, 2012.

So here’s what’s funny and awesome about the whole thing. I had no clue that solar eclipse was going to happen that day. On May 20th, 2012, I spent the day with my very close friends in Arizona recovering from an action packed birthday weekend. As we sat in the air-conditioned boba shop, we discussed how we would spend my last day in the land of the burning sun. Movies would probably put us to sleep and it was too damn hot to play basketball.

A friend of mine suggested going to the top of South Mountain, a local mountain top view which I had wanted to see for the last five years of visiting. I never got the opportunity to see it because it was either closed or I simply ran out of time.

We all reached an agreement and began our trek towards the hills. In classic fashion, we ended up taking more cars than we needed to, and ran into some trouble when we reached the small parking lot at the summit. In utter bewilderment, my friends were curious to know why it was so packed on a ordinary Sunday evening.

“I see it!” someone shouted, as we all turned towards the direction of the sun.

I placed a pair of sunglasses on my head as I laid eyes upon the most amazing phenomenon I had seen in awhile. A solar eclipse. 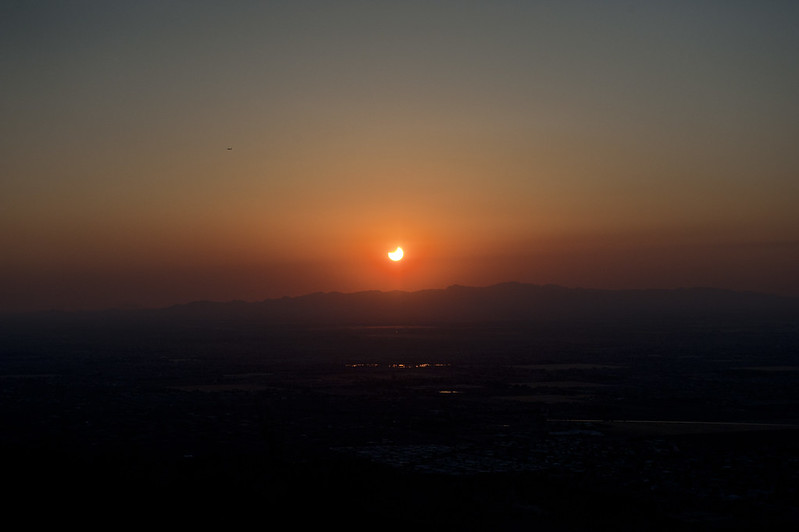 To my surprise, it would be the first solar eclipse that my friends or myself had ever witnessed. We all positioned ourselves around some rocks and waited for the sunset. I had some time to kill, and I grabbed my camera to take advantage of the excellent lighting condition. As we waited, my friend Chris found that it would be the perfect opportunity to pop the big question to his baby girl Treena. Sike! It would have been the perfect opportunity though.

Shortly thereafter, it was time for the big finale. It was a great feeling being with close friends and experiencing something crazy like this all together. The timing couldn’t have been more perfect. I wouldn’t have wanted to end that weekend any other way.

Of course, it wouldn’t have been an Arizona adventure if Angelo didn’t go buck wild with some light painting. Until we meet again, Arizona.