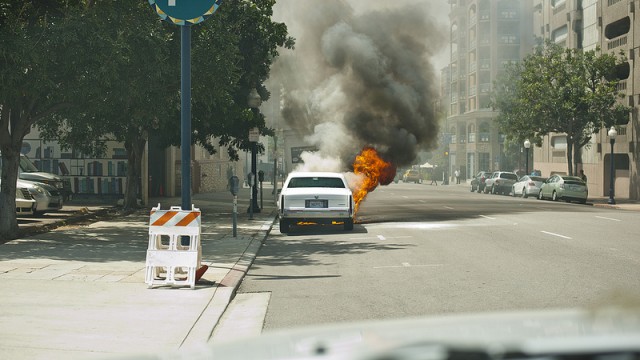 I come across the craziest shit sometimes. I was heading back into downtown to drop a friend off, when we spotted heavy smoke down the way. As we got closer, we found that an older model Cadillac had caught on fire. The street was filled with so much smoke that my visibility of the street became very poor. I pulled over to wait for the fire to die down. My friend thought that this would be the perfect opportunity to capture some great content for his Vine and Instagram accounts, so he hopped out of the truck to get some coverage. The San Diego Fire Department came shortly after, and doused the flames. Unfortunately for the owner, the car looked to be a total loss.